“The Martin Luther King, Jr. Holiday celebrates the life and legacy of a man who brought hope and healing to America. We commemorate as well the timeless values he taught us through his example — the values of courage, truth, justice, compassion, dignity, humility and service that so radiantly defined Dr. King’s character and empowered his leadership. On this holiday, we commemorate the universal, unconditional love, forgiveness and nonviolence that empowered his revolutionary spirit.”  - Coretta Scott King

Martin Luther King, Jr. was a social activist and Baptist minister who played a key role in the American civil rights movement until his assassination in 1968. King sought equality and human rights for African Americans, the economically disadvantaged, and all victims of injustice through peaceful protest. He was the driving force behind watershed events such as the Montgomery Bus Boycott and the 1963 March on Washington, which helped bring about such landmark legislation as the Civil Rights Act and the Voting Rights Act. In 1983, President Ronald Reagan signed a bill creating a U.S. federal holiday in honor of King. Martin Luther King Day was first celebrated in 1986 and it continues to be celebrated annually on the third Monday of January.
Celebrating Martin Luther King Jr.’s birthday is an opportunity not only to remember his life and the important work he did, it’s also an opportunity to keep his dream alive by passing it on to future generations. Here are some ways you could celebrate Martin Luther King Day this year: 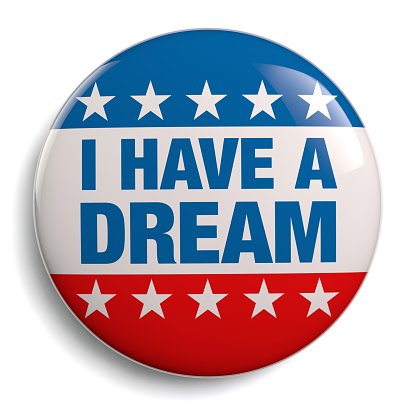 1.    Celebrate diversity. Martin Luther King, Jr. had a dream that we would one day be a color blind society and that racial inequality would come to an end. Why not have a birthday dinner for Martin Luther King, Jr. and serve a variety of foods from different cultures?  If that sounds like too much work, get carryout from a variety of local ethnic restaurants.
2.    Make a commitment to stand against injustice. Identify a problem in your community and commit to taking action.  Whether it’s dedicating your time, talent, or finances to a cause, do something as family to keep Martin Luther King, Jr.’s dream alive.
3.    Attend a commemorative service. Local churches and community centers often hold services and events to honor Martin Luther King, Jr. on his birthday. Consider attending an event with your family and friends.
4.    Read aloud Martin Luther King, Jr.’s iconic “I Have a Dream” speech. If your children are too young to comprehend the words, share an abbreviated, simplified version that explains the dream he had in a way they can understand.
5.    Participate in the Martin Luther King Day of Service. Find a project in your community and serve in any number of ways, such as volunteering to help clean up the local park, serving food at a homeless shelter, or bringing donations to a local charity.

The Black Community & Mental Health: A Reflection on our Progress and 3 Things To Promote Wellness

During Black History Month, we celebrate African Americans and the role they have played in building this country, as well as recognize their achievements. The culture in the Black community is st...

How Much Do You Know About Black History Month? Check Out These Six Fascinating Facts

Black History Month celebrates the rich cultural heritage and accomplishments of Black Americans, who are an indelible part of our nation’s history. Every February, the United States honors the co...