Courageous Leader and Dedicated Humanitarian: Get To Know Harriet Tubman 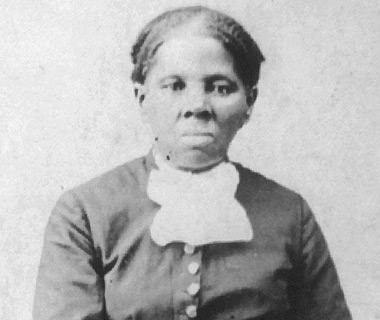 Born into slavery on Maryland’s Eastern Shore in the early 1820’s, Tubman successfully escaped to Philadelphia in 1849. Once free, she became an operator of the Underground Railroad—a clandestine network of people, locations and routes that provided shelter and assistance to escaping slaves. She boldly returned south more than a dozen times to rescue at least 70 family and friends, guiding them safely to freedom.

The new Harriet Tubman Visitor Center celebrating her life opened March 11, 2017 and included special public programs and activities. The 10,000 square foot visitor center, located on the Eastern Shore in Church Creek, is part of a scenic byway and state park that honors Tubman’s bravery and her legacy.

In addition to the Visitor Center, two movie projects about her life are underway and a statue bearing her likeness has been proposed for the Maryland State House in Annapolis. We can also look forward to 2020, when she will replace Andrew Jackson as the face of the new $20 bill!

Take a powerful and inspiring journey:

When a Death Occurs Away from Home or Out of Town, Take These Four Steps

Losing a loved one is difficult, no matter the time or place. When a death occurs away from home or out of town, do you know the steps to take? In today’s mobile society, end-of-life emergencies a...

VGFS is Proud to Partner with 53 Families Foundation This Thanksgiving