What Does a Pallbearer Do? The Complete Guide to Duties and Etiquette

The role of a pallbearer at a funeral comes with both honor and responsibility.

Pallbearer duties primarily consist of helping to carry the casket during a traditional funeral or burial.

Below, we have outlined what a pallbearer is responsible for, as well as the etiquette attached to this important role. 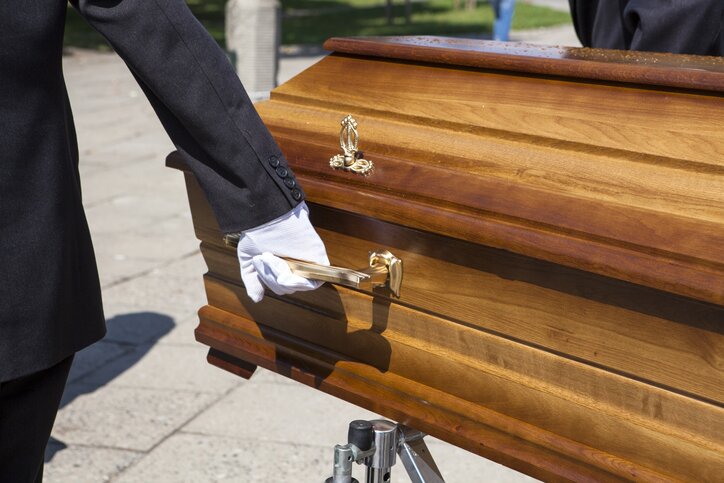 Pallbearers are used in funerals or burials that include a coffin or casket.

They carry the coffin from one point to the next throughout the service. Traditionally, there are six pallbearers to align with each of the six handles on the sides of the coffin. There are also handles in the front and back so it is possible to have eight total pallbearers carrying the casket. The number needed depends on the size and heft of the coffin and its contents. Coffins alone generally weigh between 150-250 pounds and must be carried at waist height. Due to this heaviness, pallbearers are typically males over the age of 16. However, women can also serve as pallbearers. Those chosen are often close to the departed or the bereaved family. Any pallbearers who are unable to help carry the coffin due to limited strength can still participate by walking alongside as the others carry it. This role is referred to as an honorary pallbearer.

Pallbearers carry the coffin during critical parts of the funeral service.

Although pallbearers play a vital role, they should not attract undue attention.

Being a pallbearer is not a task to be taken lightly.

If you are considering asking someone to be a pallbearer or have been asked to be one yourself, take time to think it over. Not everyone is suited to the task, and that’s OK. If you are the one asking, be sure to inquire if the potential pallbearer has any concerns about their ability to fulfill their assigned duties. The more honest and open the conversation at the beginning, the more smoothly the funeral services will go.

If you have additional questions about what a pallbearer does or if you need help determining who to ask, please contact our compassionate professionals. It is our pleasure to assist you.

About Vaughn Greene Funeral Services: For more than 20 years, Vaughn Greene Funeral Services has been providing a ministry of care to Baltimore’s African American community. As a leading local, minority- and family-owned provider, we promise to provide our highest level of service and respect to families who entrust us to honor their loved ones. For more information, please call us at 410.655.0015 or visit us online at https://vaughncgreene.com/.

When a Death Occurs Away from Home or Out of Town, Take These Four Steps

Losing a loved one is difficult, no matter the time or place. When a death occurs away from home or out of town, do you know the steps to take? In today’s mobile society, end-of-life emergencies a...

VGFS is Proud to Partner with 53 Families Foundation This Thanksgiving