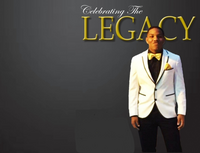 Legacy of Tyshawn Tyshawn Breon Allen-Edmonds was born son of Tykiah Edmonds and Milton Allen, on September 23, 1998, in Baltimore, Maryland. He was affectionately known as Breon by his mother and YBS by his friends. He was called home to be with our Heavenly Father, family, and friends on March 7, 2022. Life Reflection Tyshawn was educated in Baltimore City and Baltimore County Public Schools. He worked for multiple restaurant chains, as early as 16 years of age, later working for Amazon for 1 year. At an early age, he accepted The Lord Jesus Christ at the Gardner Prayer Baptist Church on March 31st, 2018, where his great grandmother, Christine McLaurin, was a devoted member. Tyshawn started a Youtube channel where he documented the homeless in hopes of bringing awareness to the hardships they have faced. Tyshawn met his soulmate and the love of his life, Tytiana Hux in the summer of 2013. Through this union, a prince was born, Levi Aaron Allen-Edmonds! The joy and completion to his life. Tyshawn enjoyed spending time with family and friends. His most joyful moments were bonding with his son watching "Anime", reading comic and "Manga" books, and playing video games. He had a strong love for football having played for 12 years. Playing for Pop Warner teams such as, The Northeast Chargers in 2007 following Holy Dirt and Fort Meade High School. He was also a dedicated fan of the Baltimore Ravens, where on any given Sunday you would hear him shouting "YEA! LET'S GOOOO!!". Tyshawn would stay up all hours of the night playing video games with his Brousins John, Tavon, Lindsay, Corey, Calvin along with "MidwoodMade" brothers TJ, Anthony, D'angelo and Michael. Tyshawn was a loyal, humanitarian, peacemaker with a heart full of gold touching many lives. His personality lit up the room and anyone around him. He loved taking pictures and videos with those he loved as memories and keepsakes. His humanitarianism could always be seen making sure friends and others were safe within the community especially if you came up York Road. If Tyshawn had a ride, best believe he was going to ask you to take him to check on his mother. Tyshawn was extremely proud of his mother and life changes she was making. He was preceded in death by his great grandmother Christine McLaurin, Julius "Scrappy" Baker and mother figure Zenovia Mclaurin-Pratt. Tyshawn leaves to celebrate his life and cherish his memory; the love of his life Tytiana Hux, son Levi Allen-Edmonds, mother Tykiah Edmonds, father Milton Allen, grandmother Tonya McLaurin, grandfather Marvin Edmonds, siblings Ra'merra Allen, Zendaya Allen, Samuel Allen and a host of aunts, uncles and extended family members and friends.